Night of the Dead - Game Update

Today is a great day once again, especially when one of your fav games is coming out with a massive patch. With special thanks to the team of Night of the Dead for donating me a few keys last week to be given away in the community. I hope you love the game just as I do!

A brand new Parkour System that allows you to climb over walls and cars easier. With several new QoL improvements on buildings, obstacles, and improved walls for the perfect parkour moments. Every second count!

New building parts have been added. This includes several new base building options, but also comes with a few new nifty pieces of base furniture!

New buildings have been added that can be constructed. 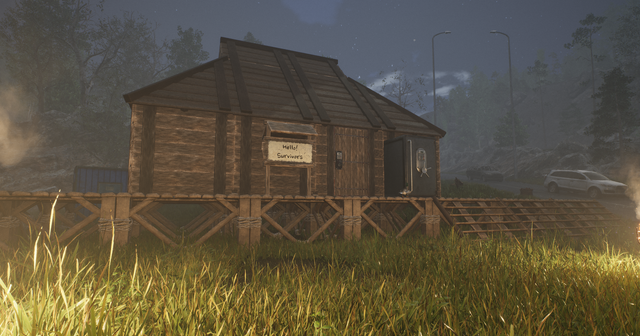 Wouldn't it be possible to build a prettier house than before?

There are some achievements that are hard to achieve, so why don't you try them?

Note: During the testing process, we found that some achievements 'did not work' well if we 'created a new team' instead of an existing team 'in multiplayer'. If you want to accomplish achievements, you shouldn't create a new team. Please understand if there is some inconvenience.

Please understand that there are still a lot of awkward parts as a cornerstone of the localization work that we will go into later.